How to understand the game's parts and gameplay:[]

This page will try to make sense on how to get in the game, specifically for the Chinese version.

1. When you first start the game, you will be assigned a guest account and can choose to play now or select another account. Tap 'I want to play with another account' to be presented with the menu on the left. Then tap 'Sign up now' to register your email and create your account. This is the account you will use to play the game, and you will be presented with it every time you launch.

(Look at the pictures) 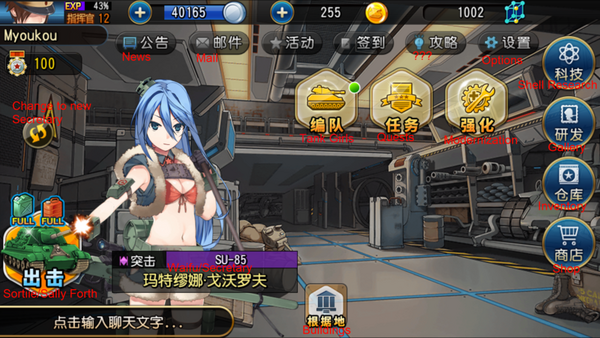 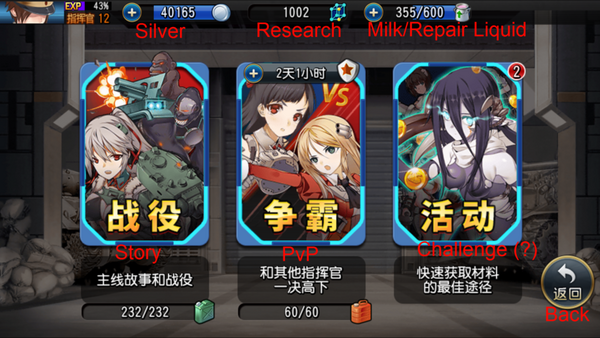 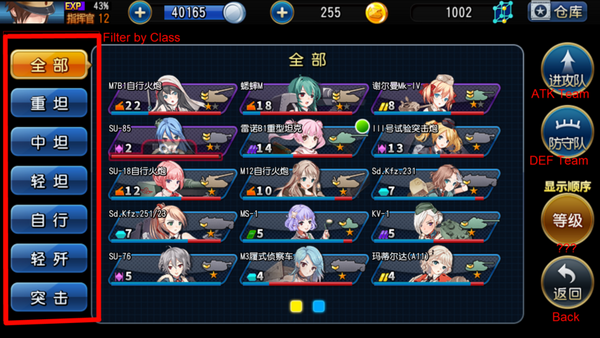 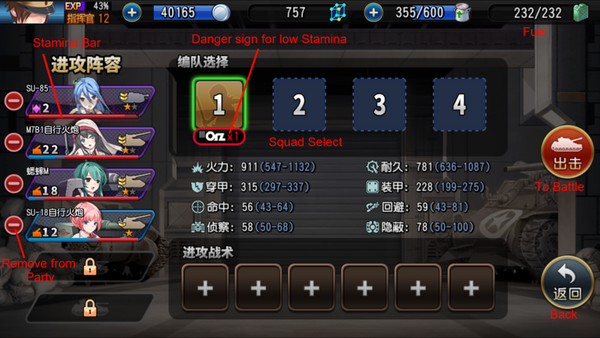 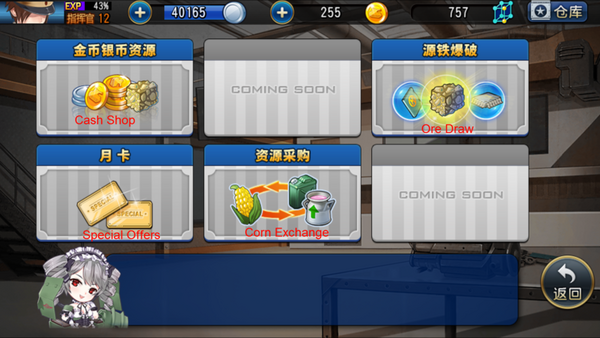 The gameplay is about recruiting tank girls(or metal maidens) and sending them to battles to fight enemy tanks or other players. They possess stats which players need to upgrade to make them stronger, either by making them fight and gain EXP or changing their equipment (i.e. engine, tracks, armor, and ammunition).

Combat works by building a squad of tank girls (a maximum of 5 or even 6) and sending on missions or locations where they fight automatically in levels divided into different stages. You can send only one squad in one level. During the battle, there is distance between you and the enemy, it's matter of taking each other out first before you get close. Players have the option to watch them fight or skip them (which is only allowed on a level you already cleared). Important to note however is that tank girls lose stamina each time they fight. So if you use the same girl/s too much, that girl won't be able to fight or even die. Stamina can be regained either by giving them Milk to drink or not using them for a while. PVP is an exception - you can use the same girl/s everytime without them losing of stamina. Also keep in mind that you need Fuel to go on missions. (For campaign and events you need green Fuel; orange Fuel is for PVPs only)

Each tank girl is based on real-life tanks and armored vehicles; and are divided into different classes. It is a good tactic to assemble an effective squad by using these types(ex. having at least one artillery-class girl in a squad, or having a squad made up of only armored vehicles who are only good at close range but have high speed to evade enemy attacks). Try experimenting with a variety of tactics.

Besides fighting, tank girls can gain EXP when you give them food or by sacrificing other tank girls. Also, to recruit new tank girls you need to fight in different levels to get them or gather at least 120 Ores and get one at the store (but you may not succeed). Another way is to get one is by obtaining a certain amount of items and a set of tank girls which will eventually unlock other tank girls via the Gallery section.

Click here for a tutorial on how to use the Live2D on your computer.

Community content is available under CC-BY-SA unless otherwise noted.
Advertisement